Green tea is the healthiest beverage on the planet.
Green tea has been used in traditional Chinese medicine for centuries to treat everything from headaches to depression.
The leaves are supposedly richer in antioxidants than other types of tea because of the way they are processed.
Green tea contains B vitamins, folate (naturally occurring folic acid), manganese, potassium, magnesium, caffeine and other antioxidants (notably catechins).
All types of tea (green, black and oolong) are produced from the Camellia sinensis plant using different methods. Fresh leaves from the plant are steamed to produce green tea, while the leaves of black tea and oolong involve fermentation.
Green tea is alleged to boost weight loss, reduce cholesterol, combat cardiovascular disease, and prevent cancer and Alzheimer’s disease.
Overview
Tea has been cultivated for centuries, beginning in India and China. Today, tea is the most widely consumed beverage in the world, second only to water. Hundreds of millions of people drink tea, and studies suggest that green tea (Camellia sinesis) in particular has many health benefits. 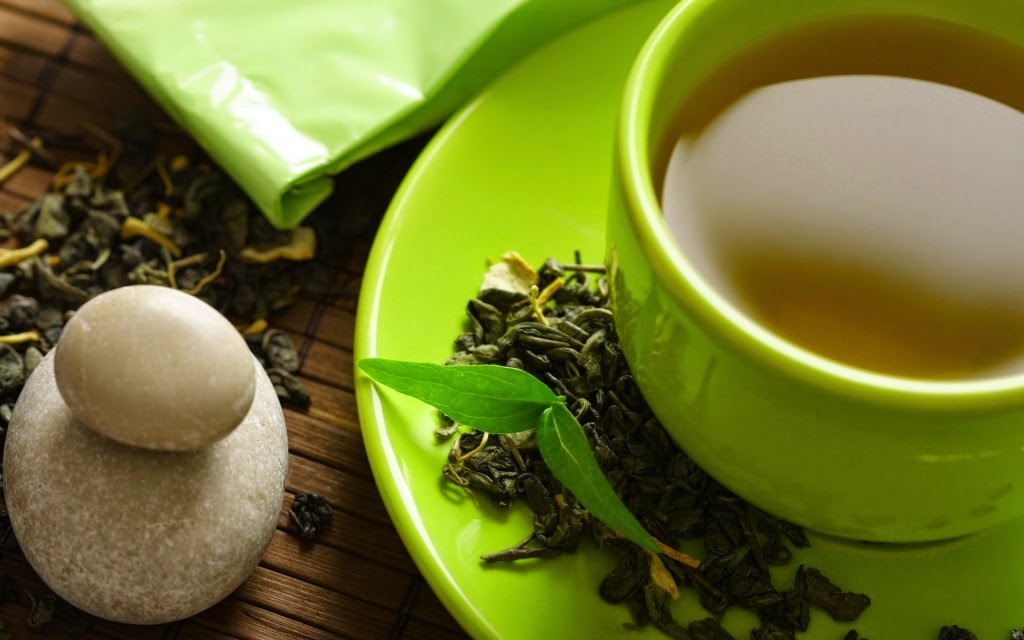 There are three main varieties of tea – green, black, and oolong. The difference is in how the teas are processed. Green tea is made from unfermented leaves and reportedly contains the highest concentration of powerful antioxidants called polyphenols. Antioxidants are substances that fight free radicals – damaging compounds in the body that change cells, damage DNA, and even cause cell death. Many scientists believe that free radicals contribute to the aging process as well as the development of a number of health problems, including cancer and heart disease. Antioxidants such as polyphenols in green tea can neutralize free radicals and may reduce or even help prevent some of the damage they cause.
In traditional Chinese and Indian medicine, practitioners used green tea as a stimulant, a diuretic (to help rid the body of excess fluid), an astringent (to control bleeding and help heal wounds), and to improve heart health. Other traditional uses of green tea include treating gas, regulating body temperature and blood sugar, promoting digestion, and improving mental processes.
Help prevent multiple cancers
The study of green tea and cancer prevention is still in early stages, but the results are promising. Researchers suspect that polyphenols in green tea help kill cancer cells and stop their progression, an important role to prevent various cancers. 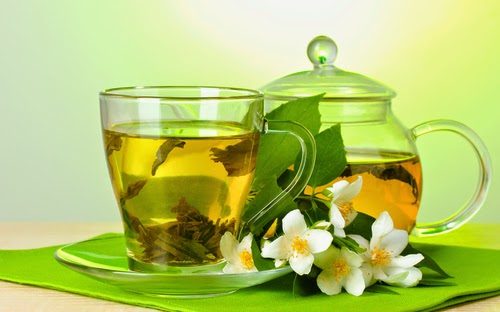 • In a study of 472 women with breast cancer, those who drank the most green tea experienced the least spread of the disease. Researchers also found that women in the early stages of breast cancer who drank at least five cups of green tea every day during their diagnoses were less likely to have the disease recur after the completed treatment.
• In looking at more than 35,000 women in the Iowa Women’s Health study, those who drank two or more cups of tea a day were almost 30 percent less likely to develop colon cancer than those who rarely drank tea.
• One Chinese study found that men who drank more than three cups of tea a day reduced their risk of prostate cancer by 70 percent. In another study funded by the National Institute of Health, 79 men with prostate cancer were told to either drink 6 cups of green tea a day or 6 cups of water. After 3 to 8 weeks, the levels of prostate-specific antigen, a protein that may indicate cancer, were lower in the men who drank green tea than those who drank water. An indicator of inflammation, nuclear factor-kappaB, linked to cancer growth, was also lower in the men who drank the green tea.
• In skin cancer studies, lab animals that were given green tea developed 1/10th as many tumors as animals that were given water. The EGCC in green tea inhibits the production of urokinase, an enzyme that cancer cells need in order to grow. It also seems to stimulate the process of programmed cell death, or apoptosis, in cancer cells.
Make your heart healthier 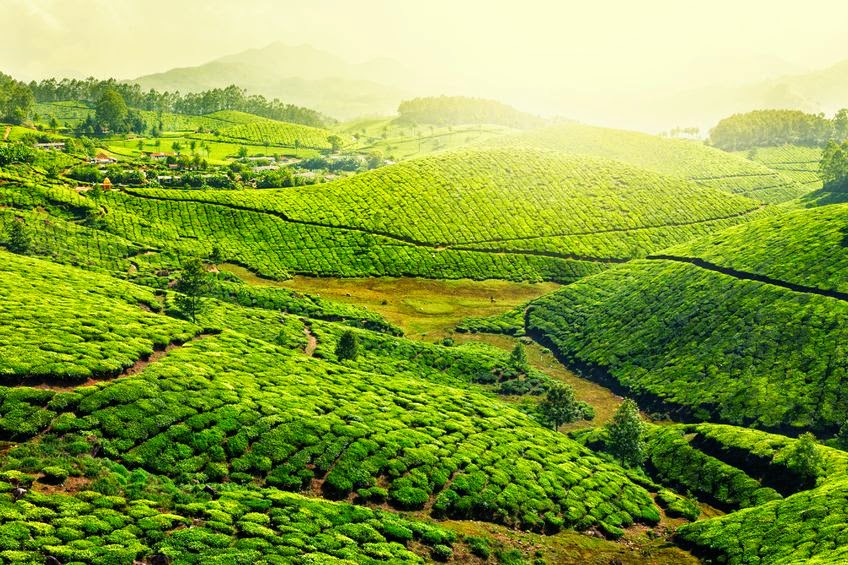 Green tea contains significant amounts of flavonoids, antioxidants that protect against heart disease by slowing the breakdown of LDL cholesterol, preventing blood clots, and improving blood vessel function. Green tea is also associated with lower cholesterol and lower rates of artery blockages.
People who drink a cup or two a day have a 46 percent lower risk of developing narrowed arteries. Upping that to three cups a day lowers the risk of having a heart attack by 43 percent and of dying from a heart attack by 70 percent.
It can even help prevent a second heart attack. In a study of 1,900 patients recovering from heart attacks at Beth Israel Deaconess Medical Center in Boston, the death rate among patients who drank at least two cups of tea a day was 44 percent lower than among non-tea drinkers.
A 2006 study published in the Journal of the American Medical Association concluded that green tea consumption is associated with reduced mortality due to all causes, including cardiovascular disease.
The study followed over 40,000 Japanese participants between the ages of 40 and 79 for 11 years, starting in 1994.
The participants who drank at least 5 cups of green tea per day had a significantly lower risk of dying (especially from cardiovascular disease) than those who drank less than one cup of tea per day.
Another study found that consuming 10 cups of green tea per day can lower total cholesterol, however, consuming 4 cups or less had no effect on cholesterol levels.
These are some of the many benefits but the reality is one cup of tea a day will not give you all the abundant gains. The jury is out on how many cups are necessary; some say as little as two cups a day while others five cups — and more still say you can drink up to ten cups a day. If you are thinking of going down this route, you may want to consider taking a green tea supplement instead .
However, as a social drink, it appears to be safe in moderate amounts, so lovers of green tea can continue to enjoy it.
Total
0
Shares
Share 0
Tweet 0
Pin it 0

Coffee is one of the world’s favourite drinks, one of the most important commercial crop-plants, and the second…
Read More
0
0
0 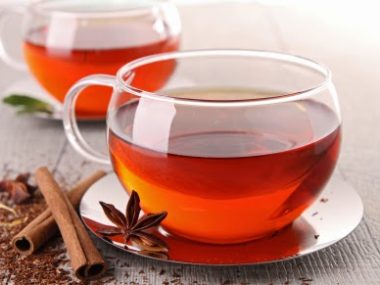 Read More
Best of all, Rooibos red tea naturally contains protective antioxidants, as well as calcium, zinc and other nutrients.…
Read More
0
0
0
From green tea to hibiscus, from white tea to chamomile, teas are chock full of flavonoids and other…
Read More
0
0
0